The first project of its kind in the Netherlands has received approval from the Supervisor Authority for Consumers & Markets (ACM) in Lochem, close to Zutphen. The safety of transporting hydrogen will be examined by State Supervision of Mines.

Ten existing homes will have combination boilers installed as part of the Lochem project that will run on hydrogen rather than gas. The supply of hydrogen will now be provided to such homes via gas pipes. Additionally, experiments are scheduled for Hoogeveen in Drenthe, Stad aan ‘t Haringvliet in South Holland, and Wagenborgen in Groningen.

ABS has granted New Technology Qualification (NTQ) to Rotoboost, a global hydrogen firm based in Norway, for a first-of-its-kind, pre-combustion carbon capture system based on the thermocatalytic decomposition process (TCD).

Onboard marine vessels, Rotoboost’s TCD enables continuous hydrogen production and carbon collection. A liquid catalyst is used in the system to convert natural gas into hydrogen and solid carbon. The resultant gas can be used in fuel cells or as a fuel additive in combustion engines or gas-fired boilers. Depending on the heating method, the process can cut overall carbon emissions by up to 100 percent.

ABS is a global leader in comprehensive decarbonization and sustainability solutions for the maritime industry. 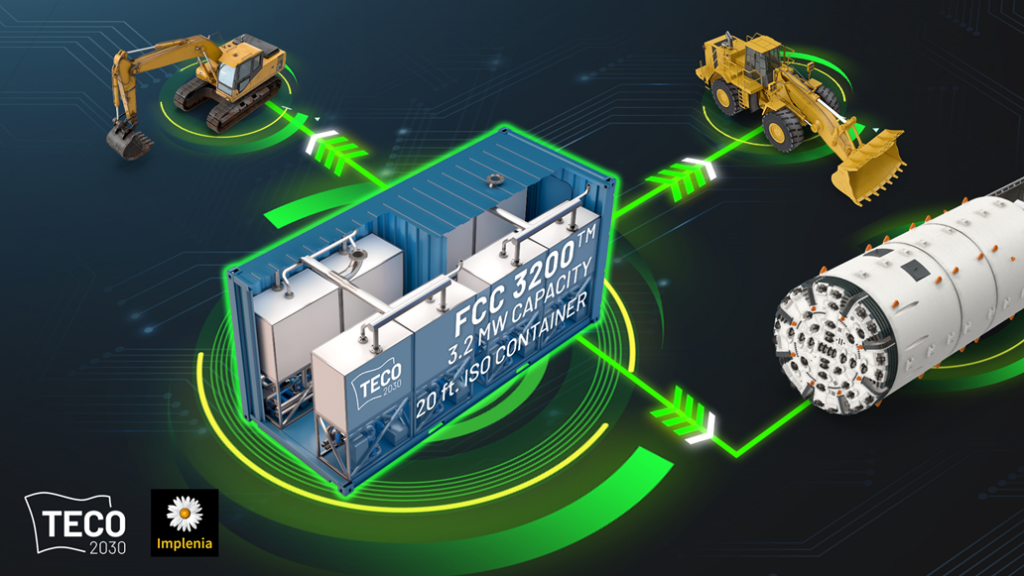 The initial order, for 20 million NOK, includes the option to install two further FCM400 systems, each with full power and automation equipment. The overall contract value, if the option is exercised, is NOK 30 million.

For a total power output of 800 kW, the order calls for two TECO 2030 FCM400 fuel cell modules. All extra power and automation equipment will be installed in a 20-foot ISO container, which will supply building sites with zero-emission energy. The power capacity of the HydroPilot container can be increased to 1600 kW by installing two additional fuel cell modules (FCM400), an option Implenia has.

The fuel cells are expected to arrive in the third quarter of 2023. Each fuel cell module is intended for a scalable and modular approach and has a 400kW net power output capacity.

A wheeled excavator fueled by hydrogen fuel cells was unveiled by Hyundai Construction Equipment at Bauma 2022.

The hydrogen fuel cell-powered driveline in the idea HW155H provides the electrical power needed to run the machine with no tailpipe emissions.

High-pressure tanks holding the hydrogen are located on the right side of the machine, across from the operator’s cab. The sole emission made by the fuel cell stack is water.

Since 2020, when Hyundai Construction Equipment signed a Memorandum of Understanding with Hyundai Motors and Hyundai Mobis, the company has been developing the technology. Forklifts and medium- to large-sized excavators would be powered by hydrogen fuel cells developed by the three businesses; Hyundai earlier stated that the goal date for mass manufacturing and distribution was 2023.