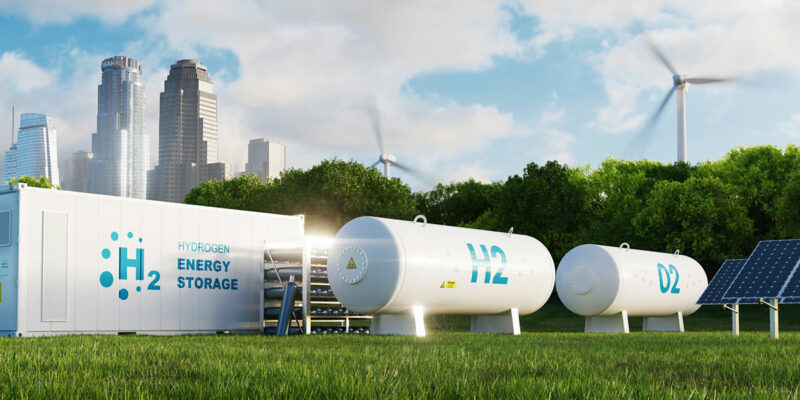 UCF and Mitsubishi Power will co-host a hydrogen symposium on September 8 to discuss the role of hydrogen in the nation’s efforts to attain carbon neutrality.

The presidents of the University of Central Florida and Mitsubishi Power will meet on UCF’s main campus in Orlando on September 8, along with representatives from government, industry, and academia, to discuss the role of hydrogen in the nation’s effort to achieve net-zero carbon emissions and to strengthen their longstanding partnership.

Hydrogen: The Time is Now is a discussion where UCF President Alexander N. Cartwright and Mitsubishi Power Americas President and CEO Bill Newsom will address potential for collaboration to achieve net zero by 2050. Jennifer Wilcox, principal deputy assistant secretary of the U.S. Department of Energy’s Office of Fossil Fuels and Carbon Management, will discuss the government’s role and recent legislative developments as the keynote speaker. Expert panels will address the obstacles and opportunities involved in developing a national hydrogen economy.

The forum occurs at a crucial time, as nations around the world seek clean energy alternatives. Hydrogen, the most abundant element, is being considered by scientists and engineers as a renewable energy source that might supply enough energy to support expanding populations while lowering greenhouse gas emissions to “net zero” by 2050.

The move to hydrogen in the power generation business, which involves large-scale production, storage, and distribution, is a challenging problem. According to Cartwright and Newsom, creating a hydrogen-based energy economy will involve high-level collaborations and investments between academics, industry, and the government.

“UCF offers partnership opportunities through our multiple research centers that leverage faculty expertise in a variety of relevant areas — such as power generation and storage, combustion, modeling and simulation, energy grid technology, sustainability, aerospace and environmental engineering, and more,” Cartwright says. “UCF — among the nation’s largest producers of engineers and computer scientists — in partnership with Mitsubishi Power and others can play a key role in educating and training the talent pipeline required for a hydrogen-based energy economy.”

Mitsubishi Power, a global leader in power production, has made significant investments in recent years to establish the infrastructure necessary to produce and store hydrogen and to convert existing power plants to clean hydrogen.

“We have set an ambitious goal to reach net zero across all MHI Group companies by 2040,” Newsom says. “In order to help meet this goal we are elevating our partnership with the University of Central Florida — a proven research powerhouse in the energy sector. Through this partnership, we will focus on innovation, research, and education to advance the energy transition.”