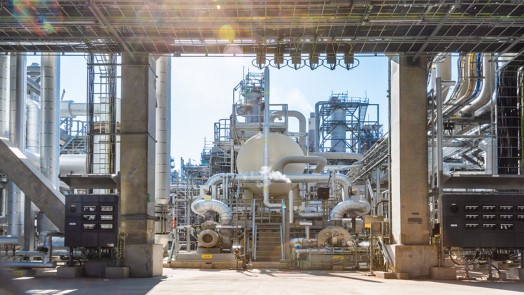 Preem and Vattenfall initiated a strategic investigation of the role that fossil-free hydrogen from electrolysis, generated with fossil-free power, could play in Preem’s ability to create biofuels on a big scale.

Work continues to investigate the potential of the first 50 MW electrolysis plant at Preem’s Lysekil refinery with the aim of moving on to the next phase during the spring of 2022.

Preem’s target of producing around 5 million cubic metres of biofuels by 2030 has the potential to cut transportation emissions by up to 12.5 million tonnes of CO2, which corresponds to approximately 20% of Sweden’s total emissions. This shift in production will necessitate a large-scale supply of hydrogen, and the growth of one or more electrolysers can play a significant role.

“Preem is in the middle of an ambitious transition journey. Fossil-free hydrogen is an interesting technology that lends potential to increased, sustainable production of biofuels.”

The first plant’s size is determined by the possibility of scaling up biofuel production as well as acquiring more output from the energy grid, both of which will have an impact on the schedule and costs. When the new facility can be operational is determined by a number of factors, including how long the environmental evaluation process will take.

“It is very promising that fossil-free electricity has the potential to replace fossil raw materials and thereby reduce emissions from Preem’s hydrogen production, as biofuel production increases. To reach Sweden’s climate targets, it is vital to partner up to find solutions for transitioning industry processes to lower CO2 emissions. It is also fully in line with Vattenfall’s target to enable fossil-free living within one generation.”