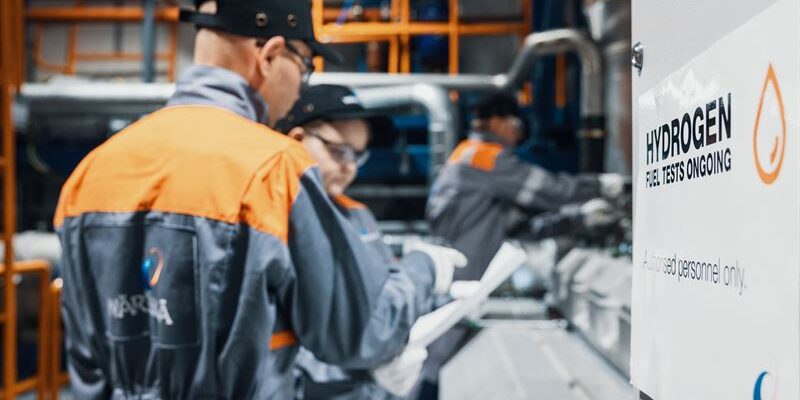 Wärtsilä will work with Capwatt to test green hydrogen and natural gas blend fuel for the Capwatt power plant in Maia.

The initiative will begin in Q1 2023 and will test mixes including up to 10% green hydrogen. A Wärtsilä 34SG natural gas engine now powers the combined heat and power plant that supplies electricity to Sonae Campus and the national grid. This will be one of the first times that green hydrogen will be utilized to reduce the carbon footprint of a Wärtsilä power plant that now runs on gas.

The Wärtsilä engine on-site is already capable of running on gas containing up to 3% hydrogen. Modifications to the engine, as well as its control system and plant automation system, will be made to attain the desired level of 10% blending to satisfy Capwatt’s unique demands. Capwatt plans to use a renewable-energy-powered electrolyzer to manufacture green hydrogen.

“We are dedicated to decarbonizing our operations, and we regard the use of a mix of hydrogen and natural gas to power this facility as a significant step in that direction.” Wärtsilä has a lot of expertise and know-how in this industry, and we’re excited to collaborate with them on this groundbreaking initiative,” said Capwatt CEO Sérgio Rocha.

The initiative is in line with the country’s National Hydrogen Strategy, which seeks to boost hydrogen’s proportion of total energy consumption in the industry by 5% by 2030. The goal is to have 2.0 to 2.5 GW of installed hydrogen-producing capacity by the end of the decade, with 10 to 15% hydrogen injected into the natural gas grid.

Capwatt has almost 160 MW of cogeneration plants in its portfolio that may benefit from this project’s know-how, which will play a vital role in decarbonizing thermal energy demand and allowing energy transition for its industrial clients.

Hydrogen: Is the EU ACTing out of its favor?