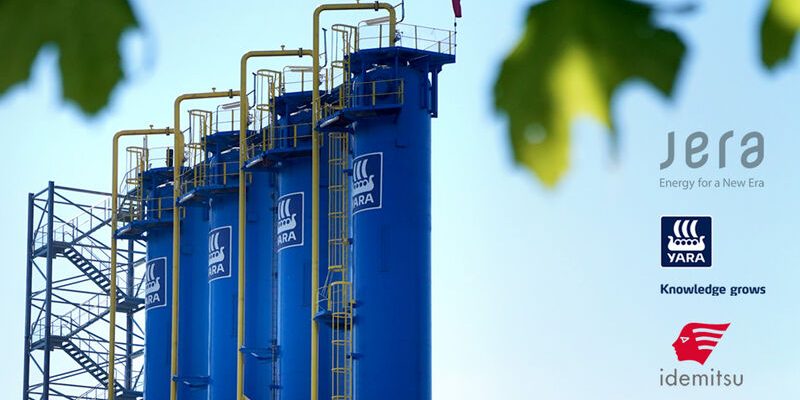 JERA and Yara established a collaboration in May 2021 to decarbonize Japan’s electricity generation. Since then, the two firms have been actively investigating opportunities for collaboration throughout the clean ammonia value chain with the goal of increasing demand for clean ammonia in Japan. Additionally, JERA and Yara have agreed to collaborate on a study of the ammonia bunkering and distribution industry in Japan’s industrial sector. By extending this relationship to include Idemitsu Kosan, a vast distribution network for petroleum products, bunkering capabilities, and import terminals would be added.

“Leveraging the combined strengths of JERA, Idemitsu Kosan and Yara will enable the development of an end-to-end clean ammonia supply chain, which is critical for the decarbonization of Japan’s energy, shipping and industrial sectors,” says Magnus Krogh Ankarstrand, President Yara Clean Ammonia. “The collaboration with these key players will strengthen Yara’s position in the strategically important Japanese market.”

Japan targets 3 million tonnes of ammonia imports for fuel by 2030 and 30 million tonnes by 2050 as part of its efforts to achieve carbon neutrality by 2050. Ammonia produces no carbon dioxide during combustion and is therefore regarded as a viable future energy source. Blue ammonia is created using a carbon capture and storage (CCS) technology, whereas green ammonia is generated using renewable energy. Clean ammonia is a word that encompasses both blue and green ammonia.

According to the MoU, the three businesses – JERA, Yara International, and Idemitsu Kosan – will use their individual strengths to investigate the prospect of cooperating in the following areas in order to increase ammonia’s introduction in Japan:

The MoU will be used to discuss collaboration between important stakeholders in the energy, agriculture, and oil refining industries. The collaboration will contribute to increasing the reliability and economic efficiency of ammonia supply in Japan.

JERA, which generates around 30% of Japan’s electricity, is constructing “zero-emission thermal power plants” that generate electricity using clean ammonia as a fuel source. Idemitsu is simplifying its operations by repurposing infrastructure that was formerly used in petroleum refining and establishing an ammonia company. Yara is a market leader in the manufacturing, logistics, and trade of ammonia. It has created a new business unit, Yara Clean Ammonia, to capitalize on growth prospects in emission-free fuel for transportation and electricity, carbon-neutral fertilizer, and ammonia for industrial applications.