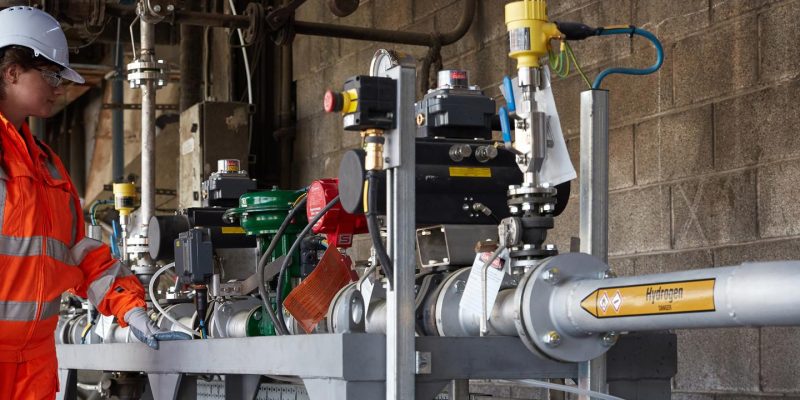 A cement kiln at HeidelbergCement’s subsidiary Hanson UK’s Ribblesdale plant has been successfully operated using a net-zero fuel mix as part of a world-first demonstration of hydrogen technology.

Hanson UK successfully implemented a mix of 100 percent climate-neutral fuels, including hydrogen, for commercial scale cement manufacturing for the first time, led by the British Mineral Products Association (MPA) and funded by the British Department for Business, Energy and Industrial Strategy (BEIS).

During the Ribblesdale demonstration, the proportion of fuels in the cement kiln’s primary burner was gradually increased to a completely net zero mix composed of tanker-delivered hydrogen, biomass components, and glycerine created as a by-product of other industries[1]. If completely integrated over the entire kiln system, nearly 180,000 tonnes of carbon dioxide may be avoided annually at Ribblesdale alone when compared to fossil fuels such as coal.

The Ribblesdale trial follows a BEIS-funded feasibility study published in 2019 that demonstrated that a combination of biomass, hydrogen, and plasma energy could be used to completely eliminate fossil fuel CO2 emissions from cement manufacturing – if the necessary framework conditions and infrastructure were in place.

BEIS supported the trial as part of a larger £3.2 million project as part of its Industrial Fuel Switching Competition. The project’s outcomes will be shared as best practice examples with cement producers and other energy-intensive industries in the UK and globally, with the goal of spreading and maximising the technology’s environmental benefits.