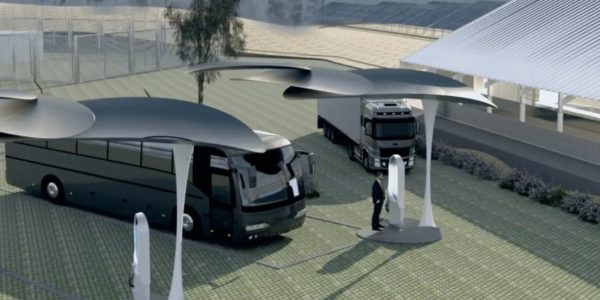 An “MoU to fast-track” the combined construction of up to five hydrogen refueling stations along the Sydney-to-Melbourne corridor along the Hume Highway at a cost of around $600 million has been announced by Hydrogen Fuels Australia and Clara Energy.

According to a joint statement from the two businesses, development for the Tarcutta station, which would be the first of the planned refueling stations to operate, located halfway between the two east coast towns, is “far progressed.” This is anticipated to happen in 2025.

Hydrogen Fuels Australia (H2FA) would be the distributor and station operator, while Clara Energy would take care of expanding production capacity.

The Tarcutta project’s first stage would generate enough green hydrogen each day for 200 heavy-duty vehicles at a rate of roughly 25,000 kilos per day, “at a price competitive with diesel.” Capacity would increase by two more levels to at least 100,000 kilos.

A solar PV installation and electrolyzers would be paid for by stage one’s “roughly $500 million” price tag.

In the Melbourne logistics center of Truganina, H2FA is constructing a green hydrogen refueling station that will generate 60 to 90 kg of green hydrogen using a solar array and a Green Systems electrolyzer. According to the H2FA, it has permission to increase output to 25,000 kg per day.

The two businesses also have locations planned for Epping and Seymour in Victoria, the Southern Highlands, and an undisclosed area in Sydney.

As the biggest truck route in Australia, Hume, Nick Cleary, CEO of Clara, stated, “Once the major logistics businesses know there will be guaranteed supply of hydrogen at a commercially acceptable price, it will offer even more confidence to speed the changeover of their fleets.”

Korea and US cooperate on hydrogen safety