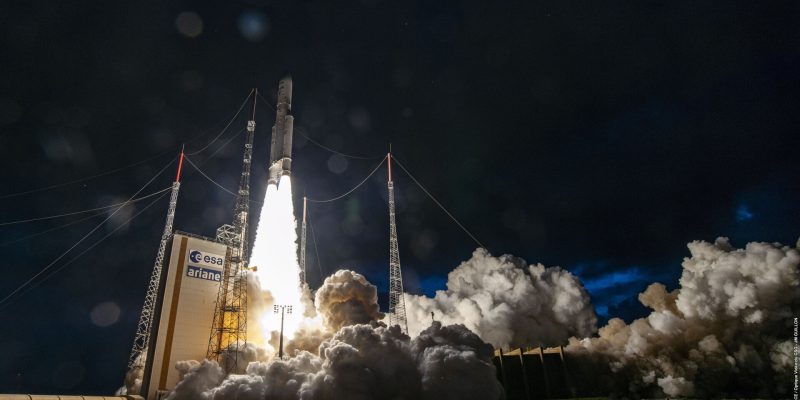 ESA, the French space agency CNES, and a collection of corporate and academic partners have launched an ambitious initiative to reduce CO2 emissions from orbital launches by developing infrastructure to enable a hydrogen economy at Europe’s Spaceport in French Guiana.

The initiative, known as HYGUANE (HYdrogène Guyanais A Neutralité Environnementale), aims to create a prototype plant within the Spaceport that is capable of producing 130 tons per year of so-called “green hydrogen,” with the aim of reducing Spaceport greenhouse gas emissions by a significant margin.

The idea hinges on replacing “grey” hydrogen, which is created by a widely used but CO2-intensive industrial method known as methanol steam reforming, with “green” hydrogen, which is produced by water electrolysis using renewable energy. Using this green hydrogen as rocket fuel will reduce CO2 emissions associated with the Ariane program by several thousand tons per year.

HYGUANE will also implement a hydrogen eco-system in French Guiana, allowing for the deployment of hydrogen-powered heavy transport for persons and cargo, as well as hydrogen fuel cells for energy storage.

The partners signed a letter of interest in the project on June 17, paving the way for the implementation of a concept that had been in the works for several years. The project entails the establishment of a Hydrogen Competence Centre in French Guiana in order to create the specific knowledge required to maintain and run these new technologies and to aid in the development of new businesses. Air Liquide, SARA, MT-Aerospace, Be.Blue, the Université de Guyane, and the Université de Liège are collaborating with ESA and CNES.

“HYGUANE will put us well ahead of COP21 and European Green Deal emissions objectives.”

ESA Director of Space Transportation Daniel Neuenschwander says he was delighted to advance the HYGUANE project: “This is a good step for greening Europe’s spaceport.

“The number of launches is growing rapidly, so now is the right time to invest. A green hydrogen system will support environmental sustainability, stabilize costs and protect Spaceport operations from energy supply disruption.”