The EU is considering raising its production targets to 20 million tons in 2030 to fuel decarbonization using green hydrogen. Spain is well-positioned to lead Europe in renewable energy production.

A context in which Spanish companies like Cepsa and Enagás and international ones like the Danish CIP and Maersk will be key players next year to promote the takeoff of green hydrogen in the country with megaprojects aligned with Spain’s strategy for decarbonizing the economy and just energy transition and the green hydrogen roadmap.

These megaprojects have more than 7 GW of electrolyser installed power, exceeding the current Government goal of 4GW in 2030, which is unambitious given the volume of projects underway and could lead the Ministry to the Ecological Transition and the Demographic Challenge to raise the 2030 renewable hydrogen goal in the National Integrated Energy and Climate Plan (PNIEC).

2,000 million euros will be invested in a portfolio of 3GW wind and solar energy projects to provide sustainable energy for green hydrogen generation. The company will also work with Andalusia and Spanish renewable energy providers to integrate these new plants into the electrical infrastructure.

The Huelva facility, near to La Rábida Energy Park, will start up in 2026 and reach full capacity in 2028. The San Roque Energy Park will house the 2027 Cádiz project.

CIP, the world’s largest investor in greenfield renewable infrastructure, in consortium with Enagás Renovable and Fertiberia, will install 2GW of electrolysers in Aragón to produce green hydrogen that will help decarbonize the Spanish Levante, where refineries, fertilizer plants, and other energy-intensive industries are located.

With an investment of over 8,000 million and the creation of nearly 10,000 jobs in Aragon and 900 in Valencia during the construction and exploitation phases, the Catalina project will supply hydrogen with a low environmental impact through a hydroduct of over 220 kilometers that will connect the area rich in renewable resources of Teruel, where both the generation assets and the industry associated with the electrolyzers will be located, with the industri

Catalina is advanced. By 2027, a 500 MW electrolyser will produce more than 50,000 tons of green hydrogen from 1GW of wind and solar power. In this phase, Sagunto will build an ammonia plant that uses green hydrogen to make fertilizers.

The rest of the project will start up sequentially from that date to be fully operational in 2030, quadrupling the first phase’s production to nearly 200,000 tons of green hydrogen per year (40% of Spain’s current gray hydrogen consumption of 500,000 tons per year), enough to decarbonize the Aragonese and Levantine industries.

Thus, it is a global pioneering project for the large-scale generation of renewable hydrogen and ammonia and the development of innovative technologies for transporting hydrogen to demand centers through sustainable infrastructure, which would decarbonize Spanish industry.

Maersk has launched a maritime sector green hydrogen and biofuel production initiative in Spain. A megaproject of 10,000 million euros with two large production plants in two port areas of Andalusia and Galicia for the production of two million tons of green methane by 2030 would help consolidate the advantage of Spanish ports in the new world stage, since the decarbonization of the sector will force companies to reconfigure their routes to guarantee safe ports that can supply them with the new green consumables. 85,000 jobs—5,000 direct—could result from the effort.

To make this project green, Maersk will have to push or sign partnerships with different solar and wind farm companies to offer 4,000 megawatts from throughout the country.

The company, which has completed basic research, will finish project details by June 2021 to promote its development by mid-2023. The project comprises three phases: reaching 200,000 tons in 2025, having the first fully operational plant produce one million tons in 2027 in one of the two communities (to be determined), and starting the second center immediately after to produce two million tons of green methanol in 2030. 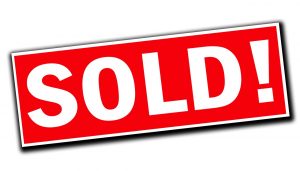