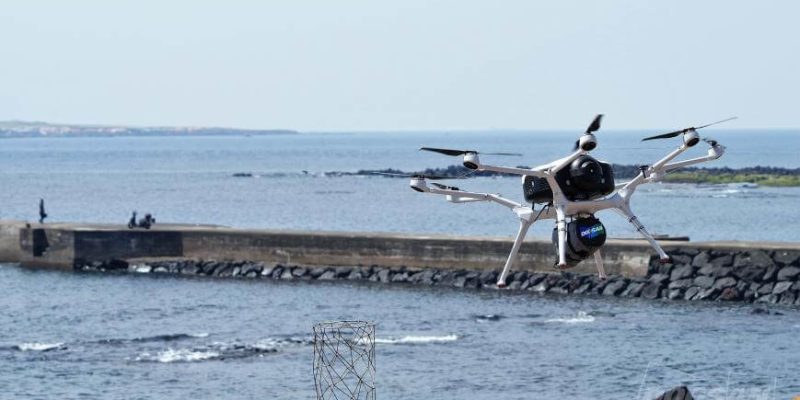 During a conference of the Maritime Emerging & Enabling Technologies Innovation Park (METIP) in Den Helder, the Netherlands, Doosan Mobility International (DMI) unveiled its second-generation hydrogen drone, the DS30W, for the European market.

DroneQ Robotics showcased the hydrogen drone, which was followed by the signing of a partnership agreement with the goal of mutually studying applications in the marine and offshore industries to promote the North Sea energy transition.

Drones fueled by a fuel cell have the potential to transform unmanned aircraft and make it more sustainable. Their greater flying length compared to battery-powered devices opens up a slew of new possibilities, such as monitoring pipelines over vast distances or transferring critical cargo to offshore locations.

Doosan Mobility International, a Korean business, is at the forefront of the development of hydrogen drones. DMI unveiled the DS30, their first hydrogen drone, in 2020. The flying time on this system was more than two hours. The DS30W is the system’s replacement, and it has superior wind resistance.

DMI announced that it has joined METIP and signed a covenant with METIP and DroneQ Robotics following the first official European flight of the new hydrogen drone DS30W. The goal is to examine hydrogen drone applications in the marine and offshore industries in the North Sea by testing, demonstrating, and verifying use cases and pilots. This includes looking at the options provided by new European laws for the deployment of unmanned and autonomous systems.

“The second generation hydrogen drone from Doosan Mobility International has a flight time of two hours and is weather resistant, making it ideal for complex maritime applications such as inspecting offshore installations or performing search and rescue missions,” says John Troch, co-founder of DroneQ.

The North Sea is an important part of the energy transition. The large-scale expansion of offshore wind farms and other renewable energy sources, as well as current offshore oil and gas extraction, hydrogen generation, and subterranean CO2 storage, necessitates an integrated strategy and integration of the various energy production systems. Offshore logistics, in particular, are critical to the offshore energy system’s safe and effective functioning. Drones powered by hydrogen might play a significant part in this.