Once hydrogen is created, it can only expel water vapor and warm air while producing energy in a fuel cell. Hydrogen has no negative environmental effects because it does not emit any greenhouse gases, nitrogen oxides, hydrocarbons, or other particle matter.

Several nations, including the United States, Australia, Saudi Arabia, Japan, Chile, and Germany, are making investments in the production of green hydrogen. In order to aid in the accomplishment of the objectives specified in the European Green Deal, the European Union will also invest $430 billion in green hydrogen by 2030.

To overcome the difficulties of producing hydrogen, several scientists and researchers are creating cutting-edge technologies using seawater electrolysis. If these technologies are successful in producing sustainable hydrogen, they won’t deplete freshwater supplies or increase carbon emissions.

For instance, scientists at the Texas Center for Superconductivity developed an electrocatalyst based on nickel and iron that interacts with copper and cobalt to successfully execute seawater electrolysis.

Meanwhile, a researcher at McGill University in Canada named Marta Cerutti and some of her students recently proposed that they come up with a potential fix for one of the major issues with hydrogen production from saltwater.

The Dutch-based partners of German car supplier Schaeffler are working on a pilot project to explore hydrogen extraction from saltwater as part of another line of study. The business is aware that the shift to electric mobility would result in a decline in the need for particular automotive parts.

Systems using polymer electrolysis membranes (PEMs) are being developed by Schaeffler and Dutch Hydron B.V. Prior to using membrane distillation technology, the solution will use waste heat from the electrolysis process to distill salt water.

Projects like this can assist in accelerating the development of seawater electrolysis because hydrogen can play a big role in the renewable energy sector. In this sense, research is essential for assisting nations in lowering the cost of hydrogen generation and reducing their CO2 emissions. 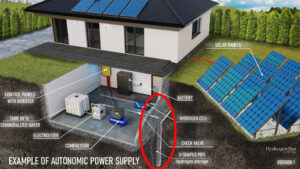 Energy News Biz Specials: A New Way Of Storage And Transport Of Hydrogen 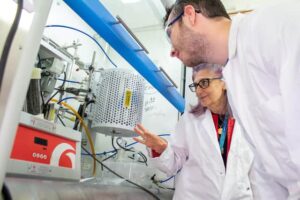 Petronas partners with University on hydrogen from biomass waste research 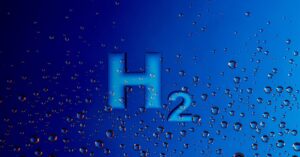